Brody is one of Kramer's friends. He only appeared in "The Little Kicks". He pirates movies to sell on the street, including Death Blow and Cry, Cry Again. Brody is portrayed by Neil Giuntoli.

It is doubtful bootlegging Hollywood movies is the only criminal activity Brody is involved in. He is a violent man and keeps a holstered pistol inside his jacket and thinks nothing of threatening people he just met with it. He also borrows a wooden baseball bat from Kramer with no intention of playing baseball with it.

The complexity of Brody's personality develops with each scene. He embodies a constant threat of violence that is intensified by childlike impulsive behaviors (Brody eats an entire feed bag of candy at the movies, resulting in nauseating stomach cramps). But he surprises the audience with his appreciation for Jerry's bootlegging craftsmanship: "I've never seen such beautiful work. You're a genius. The zoom-ins, the framing. I was enchanted." This range of emotions is intriguing and reveals the many shades of Brody; part businessman, part criminal, part friend, part child, part artist, part bad boy. 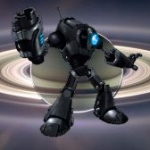 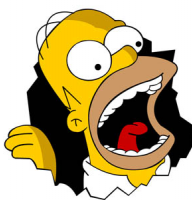